Karl Wardlaw selected to contest Brinnington and Central Ward in 2021 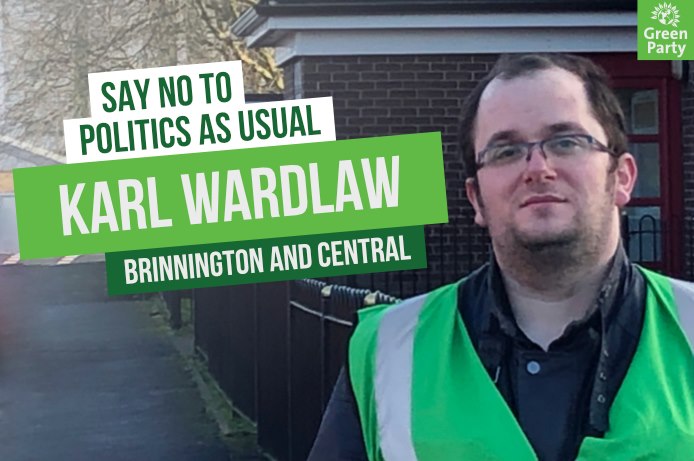 We are delighted to announce that Karl Wardlaw has been selected to stand again as our candidate for Brinnington and Central in the local elections this year. Karl came second in 2019 and is now the main challenger to Labour in the ward.

Karl said: “It is time that Brinnington and Central had an active voice living in the ward that residents would hear from all year round and not just at election time. Greens can be independent and don't just have to do what they are told to by their party. It's time for a change as this area has been represented by Labour for decades. I will be able to speak freely and stand up for our community.“