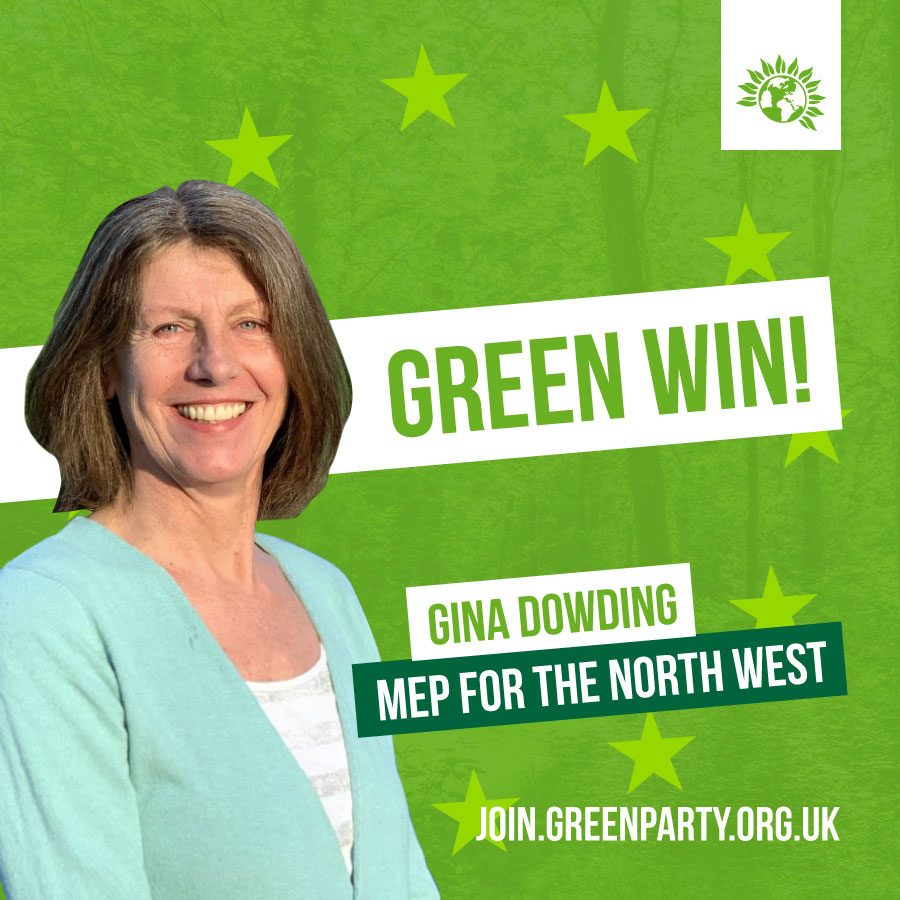 As a Green Wave swept through Europe, Stockport Greens celebrated the election of their first parliamentary representative in the May 2019 European Elections.   Stockport is part of the North West region, where 12.5% voted Green, comfortably enough to see Gina Dowding elected to join 6 others from the UK in a much increased Green group.

Gina has been in the forefront of the anti-fracking campaign, protesting against Cuadrilla’s drilling operation in the region, and at the count she promised to stand side by side with anti-fracking groups, Extinction Rebellion campaigners and all those fighting to protect the environment. Gina said afterwards:

"This is a positive result for the region, the country and the future!  People are putting their confidence in the Greens and our positive policies that deal with the climate emergency and environmental degradation, while also helping to bring about more social justice and reduce inequalities. The Green New Deal’s time has come!”

"An enormous thank you to everyone who helped make this historic result possible. Lots of people  worked incredibly hard in an intense period of time and straight after the local elections: there are lots of us who have a backlog of emails, a backlog of housework, and have neglected family or friends in the last few weeks.  But this fantastic result makes it all worthwhile."

Stockport Green Party co-ordinator David Carter added; “ Gina has an excellent track record as an experienced local Councillor, first elected in 1999, who will be a great addition to the European Parliament.  It is a fillip for the more than 10,000 people who voted Green in Stockport (just behind Labour) to have Gina represent them.”